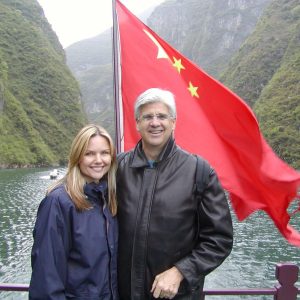 Richard Ray is a 5-time Emmy award winning Anchor/Reporter who spent 46 years in TV News, the last 36 at KDFW-TV in Dallas/Fort Worth. Ray retired in 2019 to pursue a second career in filmmaking as an actor/writer/producer. He and his wife Catherine have been actively involved in mission work since 2004. Richard is currently on the Board of Directors of Ndoto: For Africa’s Future, a sponsorship program in Kenya. He’s played active roles in more than a dozen ministries at home and abroad. He was raised in the Lutheran Church and attends Prince of Peace Lutheran in Carrollton, Texas but calls himself a “Follower of Jesus.”