Building a Legacy in Kenya

Legacy Kenya supporters experienced the circle of life in a very unique way as they traveled to Africa with a team of BE members in November. By the end of the week, what started as a small fundraising effort turned into a long-term relationship.

The team started the week at Ndoto, where Legacy donors had raised money for a computer lab at a new school in the slums. As thanks, the locals brought the team members into their homes for a traditional home-cooked meal.

The team was taken on a tour of their remote location and could experience the level of poverty first-hand, including seeing their wash hole… a small ditch created from brewery runoff. The posted sign said the community could wash their clothes in the muddy water during the day and bathe in the evening.

While there, the team lead, Brent Richardson, talked with the lady in charge and learned that the school needed a van to help transport athletes, leaders, and potential students to various events. The team agreed to raise funds for the vehicle, which should be fully funded within the next month.

In addition, several team members elected to sponsor students at the new school. The region made such an impact that it was hard to transition from the level of poverty and need to the adventure portion of the trip: a 5-star safari.

As a lion pride had a domestic dispute over their zebra lunch within feet of the open-air vehicle, it was clear that the team was not the highest members of the food chain.

But there was never a fear. In reality, there was mutual respect between humans and animals in this region. It was like living in Lion King.

...a once-in-a-lifetime adventure that united the philanthropists of Legacy with the thrill seekers in Boundless Expeditions.

In addition to the multiple jeep safaris, many team members took part in the sunrise hot air balloon ride to see the beauty of Africa from an entirely new perspective.

The trip was a once-in-a-lifetime adventure that united the philanthropists of Legacy with the thrill seekers in BE. By the end of the week, several BE-ers donated towards the van project and have since requested to join the team for future trips.

The team connected with everything Kenya had to offer, from the watering hole near Ndoto to the view from a hot air balloon. The team left with a sense of awe and wonder. 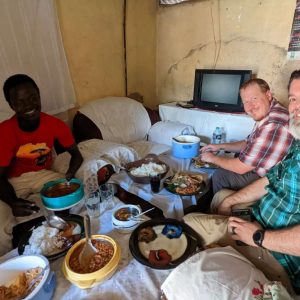 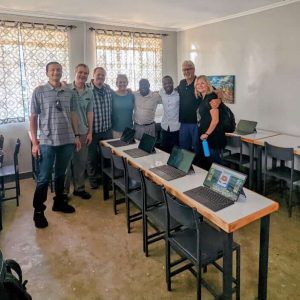 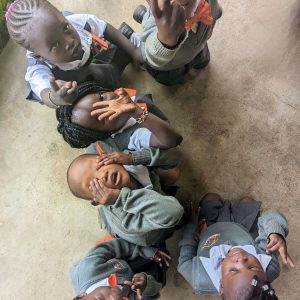 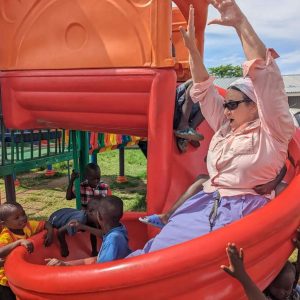 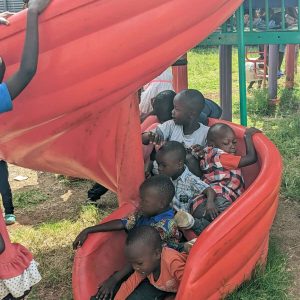 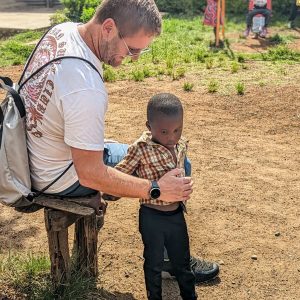 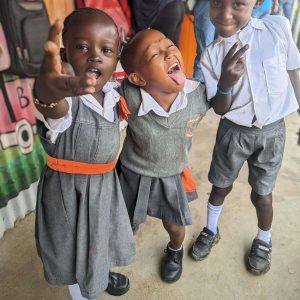 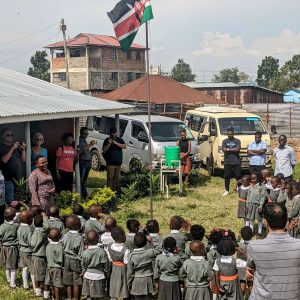 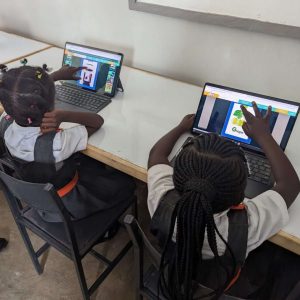 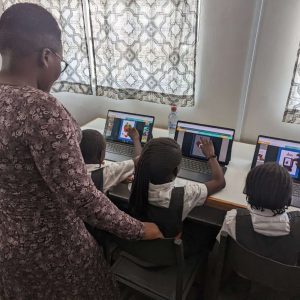 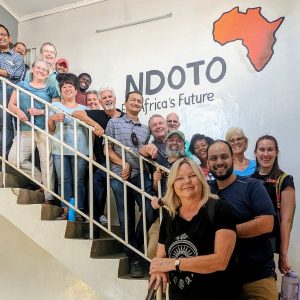